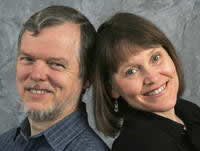 Happy July! We have finally are seeing summer weather here in Vancouver, B.C., and are trying to make up for lost time. Vitamin D from the sun is ultra important for our immune system, teeth and bones, so we try to get all we can. No sunscreen at our house! Today we have two serious health warnings for you and your family, and the truth about fluoride from the Icelandic volcano. We also have a new video to show you how to make delicious almond milk.

We are developing a new Hulda Clark resource library for our website. Watch for more helpful videos and info over the year as we build it up. We have a lot of health nuggets to share!

In a recent feeding study Russian scientists used hamsters, an animal which has not been previously featured in (Genetically Modified Organism) safety studies. One group of hamsters was fed a normal diet without any soy whatsoever, a second group was fed non-GMO soy, a third ate GM soy, and a fourth group ate an even higher amount of GM soy than the third.

Using the same genetically modified (GM) soy that is produced on over 90 percent of the soy acreage in the US, the hamsters and their offspring were fed their respective diets over a period of two years, during which time the researchers evaluated three generations of hamsters… [The] second-generation GM soy-fed hamsters had a five-fold higher infant mortality rate, compared to the 5 percent normal death rate that was happening in the controls.

But then an even bigger problem became apparent, because nearly all of the third generation hamsters lost the ability to have babies altogether. Only a single third-generation female hamster gave birth to 16 pups, and of those, one fifth died. In short, nearly the entire third generation of GM soy eaters were sterile!

But it doesn’t end there.

In the GM soy-fed groups they also found an unusually high prevalence of an otherwise extremely rare phenomenon – hair growing inside the animals’ mouths. Says Smith: “… it’s a very rare phenomenon but he [study author, Dr. Surov] had never in his life seen more hair in mouths of hamsters than with these GM soy-fed, third generation hamsters.”

As you may know, genetically modified crops weren’t released until 1996, starting with GM soy, corn and cotton. Modified canola came about a year later. Please remember humans have MUCH longer life spans than rats and that GMO foods were only introduced in 1996. This is LESS than one generation. So we’re still nowhere near seeing the full effects of these potential ramifications in humans, as we’re
only about 15 years into it.  But if the effects are anything like the effects on numerous types of animals, we could be looking at sterility on a grand scale as our great-grandchildren grow up and begin to try to procreate…

By Mike Adams of www.naturalnews.com 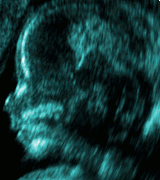 Ultrasound is extremely damaging to the health of any unborn child (fetus). The natural health community has been warning about ultrasound for years, but mainstream medicine, which consistently fails to recognize the harm it causes, insists ultrasound is perfectly safe and can’t possibly harm the health of a fetus.

Now, the Bill and Melinda Gates Foundation is funding a project that aims to temporarily sterilize men by blasting their scrotums with ultrasound. The burst of ultrasound energy, it turns out, disrupts the normal biological function of the testes, making the man infertile for six months.

Ultrasound, in other words, contains enough energy to temporarily deaden the testes and basically destroy sperm function for half a year. So why is it considered “safe” to blast an unborn baby with the same frequencies?

Ultrasound is loud. It no doubt causes tissue disruption and damage in a fetus, and it certainly creates stress and shock for the baby. And yet conceited yuppie parents just can’t get enough of it! They want to SEE a picture of their little baby before it’s even born, so they subject it to tissue damage and ultrasound trauma in order to get a snapshot they can show off to their yuppie friends.

Just to clarify, I’m not opposed to medically necessary ultrasound that has a reasonable justification concerning the health of the mother or the baby. What I’m strongly opposed to is ultrasound used to take pictures of the fetus or to satisfy the curiosity of the parents. This “recreational” ultrasound is extremely selfish, conceited and may pose a very real danger to the health of the baby…

It’s so American, isn’t it? Damage the baby so we can get a snapshot to post on Facebook. What a way to welcome a baby into the world: Blast it with piercing high-frequency energy in order to impress your friends!

Surprise truth from mainstream media: In the wake of the recent Icelandic volcano eruption, local farmers are sheltering livestock to prevent them from eating grass with volcanic ash on it because it contains fluoride. This article from the Associated Press says: “Fluoride causes long-term bone damage that makes teeth fall out and bones break.”

[Fluoride is added to human water supplies because we are told it is safe and protects our teeth, but in Iceland it is very dangerous for cattle. Got it? Show this to your dentist.]

Great News! We’ve been busy building a video library for all those questions people keep sending in, and we will continue to keep building to make this video library the best multimedia Hulda Clark and zapper-related resource on the internet. Click here to preview the Best Zapper Video Library. Soon it will be an integrated part of this website, but for now we’ve put it up on vimeo to make it available as quickly as possible. Feeback is welcome!

I put the SuperZappicator in a deep box of the same dimensions, and sit the puppies on it and zap them.  It’s good because I can zap more than one at a time and it doesn’t matter that they are moving about. Hope you can picture what I mean. I tell you all this so you can tell other people who want to zap their puppies and dogs. It’s caused no harm at all even though my puppies are mini Jack Russell and were only a week old when I first did them. Hope to hear from you soon.
Love and joy always, E. L., England.

I sleep with my Zappicator beside the bed since it is helpful when I toss and turn in bed unable to sleep because my stomach is so upset, and ½-1 hour of Zappicating calms it down so that I can fall asleep.
–Fatimah, Morocco

I love the zapper.  Of the several I looked at online, I am glad I chose yours.
Blessings, Tricia

Conclusion
That’s it till next week. Get that sunshine vitamin D while you can, and God bless you!